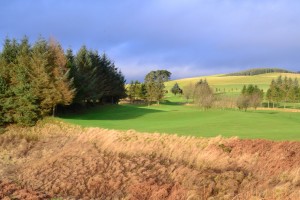 We are honoured to have long associations with honorary member Bernard Gallacher and our present clubhouse was opened by Sandy Lyle.

A true friend of the club, helping us celebrate both our centenary and 125 anniversary is George MacGregor.

We are very proud of Simon Mackenzie. In 2014 Simon finally won the Club Championship to the great delight of all the members. He added this to his many victories, including the Scottish Youth Championship in 1989, the Scottish Amateur Championship in 1995, the Scottish Open Strokeplay in 2000, and the St Andrews Links trophy in 2002. Simon has represented the club for the Lothians and Scotland on numerous occasions. He is an Honorary Member.